Getting to Know More of Peru: Arequipa and Colca

Hello all! Now that I've finished drafting my new novel, I'm taking a couple of weeks off to wait for feedback from critique partners and hoping that means I can catch up a bit on blogging! It's been a hell of a couple of months. In January and February, we had family visiting for four weeks total. It was awesome and kind of exhausting, especially because the plague descended on our house in the form of a stomach...thing. I can't say exactly what happened, because I'm pretty sure the local lab screwed up my results, but John had both a bacterial infection AND a parasite at the same time. I think I had the bacteria. My poor parents were both sick for a couple of days while they were here. My sister, Amy, and her husband both had mild stomach issues (and so did I, even after I thought the plague had left). John and I both lost a significant amount of weight (which was NOT the plan) while we were ill, and now I'm once again struggling to get healthy. It was a very effective reminder that this is still a developing country in many ways, and even though we think we're careful about what we eat, our systems still haven't adjusted to being here. All I can say is I'm going to Vegas for a writers conference in April and I plan on making the most of the all-you-can-eat buffets!

But despite all that, we've done some great traveling this year, and I wanted to share some photos and travel tips for other families who might be looking to explore areas outside of Lima.

I knew my sister and her husband wanted to go to Cuzco and Machu Picchu when they came, so I researched other trips for my parents' visit. I had heard that Arequipa is a beautiful city with great food, and that Colca Canyon was a side trip not to be missed. One challenging thing about traveling within Peru is that many places are at a high altitude. Arequipa is only around 8,000 feet, but Colca Canyon is at 12,000, and the road there goes over 16,000 feet. Let me tell you, when you live at sea level, that's a BIG change. Huaraz was also tough, going straight to 12,000 feet, and we all felt the altitude there, even though I was on Diamox (a medication that helps prevent altitude sickness). After taking the kids to Cuzco last year and then Huaraz, I was well aware that Will does not like high altitudes, so we decided to leave him in Lima with our nanny. Jack has done great on all our trips within Peru, fortunately.

Arequipa has a lovely city center, but I'll say up front it's not as beautiful as Cuzco. The terrain is much drier than in the Sacred Valley, but we were lucky to have great weather while we were there, with only the occasional passing rainstorm. We had a few things working against us on this trip. First, John and I were both still quite sick at that point, and it made it very difficult to appreciate the food and the sightseeing. And then John had to return to Lima for one night and ended up having his return flight canceled, so he missed all of Colca Canyon, which was the real highlight of the trip. I'll tell you one thing, we have NOT been impressed with the Peruvian airlines. Almost all of our flights have been delayed or canceled. Ugh.


Colca Canyon is beautiful. We stayed at Colca Lodge, which has wonderful grounds, thermal springs, and the cutest alpaca farm in the world. Jack and I had a blast there, and the trip out to see the Andean condors flying in the canyons was truly special (we were lucky to see any condors, because we went during the rainy season - I'd say to avoid traveling to Arequipa/Colca from January to March because of this, although as I said, we got lucky).

On the way back to Arequipa, I did come close to passing out going over the pass. The Med Unit here gives out enough Diamox for four days, the logic being that you should be acclimated at that point, so I hadn't taken it for a day when we hit 16,000 feet. If you go and have any sensitivity to altitude, I'd suggest staying on the meds. But that's just my two cents.


Due to illness/general tiredness, we missed seeing the Inca Ice Maiden (who, by the way, is not on display from January to April, although a different mummy is apparently displayed). We did go to the Santa Catalina Monastery (what we would call a convent), which was very beautiful and interesting. Definitely a highlight of the trip.

Overall, this was a fun trip, though a challenging one. I wouldn't recommend more than two nights in Arequipa, and I wish we'd had three nights in Colca instead of two, just because it was so beautiful and peaceful there. It would be the perfect spot for a writers retreat. Next time, I'll write about my second trip to the Sacred Valley and Cuzco, and my first time to Machu Picchu! 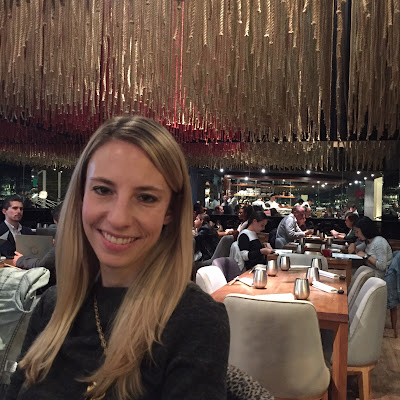 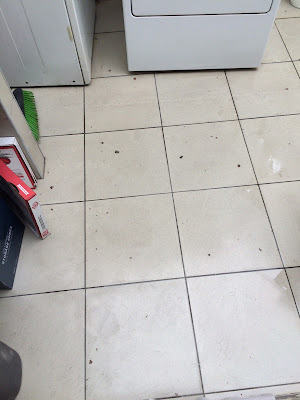 Housing in the Foreign Service